Barber shops and beauty parlours ~ hubs of community gossip for as long as there’s been hair.

A few years ago a barber shop/snooker hall (referred to in olden days as the “Tonsorial Parlour”) was moved to the Park from the village of Barons, Southern Alberta.

This building has been restored and outfitted to resemble the look of such an establishment in early 20th century Alberta. 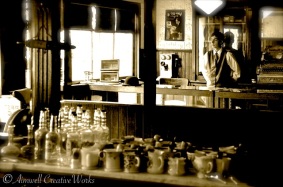 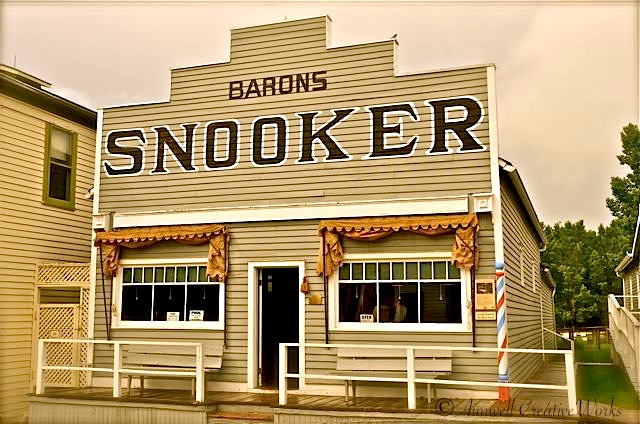 The image below is from our family archives and features my great grandfather, Steve McDonall (leaning on the counter), and two clients in his Tonsorial Parlour in Youngstown, Alberta in 1912. No doubt in the middle of a good chin wag.

Maybe discussing the sinking of the Titanic? 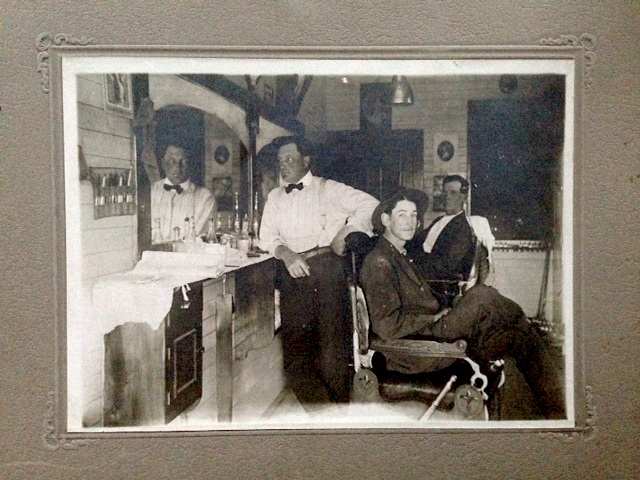 Of course, I cannot take credit for this image, but it was fun to show it for the purpose of this challenge anyway.

Through The Luminary Lens

This, That and The Other Thing

9 thoughts on “The Tonsorial Parlour” 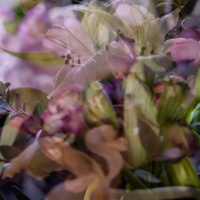 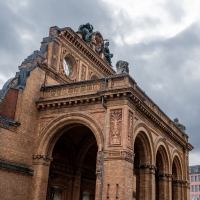