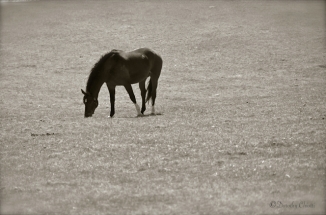 Solitude … the pleasure of your own company.

There’s nothing that whispers “Venezia” quite as sweetly as a gondola ride.

There’s an eerie magic to a glided tour through the watery back alleys of one of the world’s most romantic cities, especially in the fading light of day.

We’ve been fortunate enough to indulge our senses with such an experience on two occasions. Both times we have purposely chosen to go at the twilight hour, mostly because by that time the cruise shippers are back on their respective boats and the city feels at rest. Also, the canals are less congested and a meander through the back passages of this ancient city becomes a peaceful walk in the park, as it were, instead of the hustle and bustle of colliding gondolas at mid day.

The only challenge at that hour is photography. 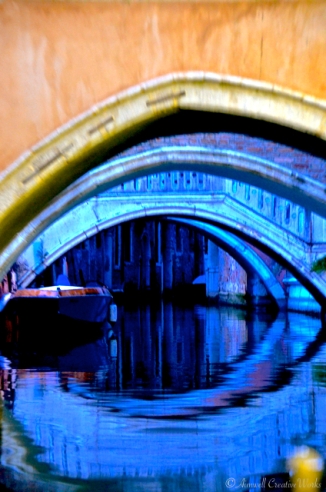 Around every corner a “Wow!” moment, made all the more dramatic by the dimming light, begs to be captured. But a moving gondola and a challenged light sensor make it almost impossible to capture the moment to any great effect.

On my camera screen these images looked so clear and in focus I was thrilled. I could hardly wait to relive them on the computer screen at home. However, when I finally did get to shine a larger light on them I was so disappointed. They were blurry, and no matter how much I doctored them I couldn’t make things right.

And then this challenge came along.

Take what you will from these two images captured on a glorious evening winding through the canals of Venezia. They’re blurry, to be sure, but perhaps that’s all part of the mood.

At the very least these images remind me of a magical tour of the aquatic back alleys of a glorious ancient city, and how I would return to experience it again in a heart beat.

But then, to be honest, the notion of returning to Italy is never very far from mind.

The dawn of a new day of endless possibilities

When we are open, present and at peace with ourselves.

I wish this for you.

Be well and thanks for visiting … 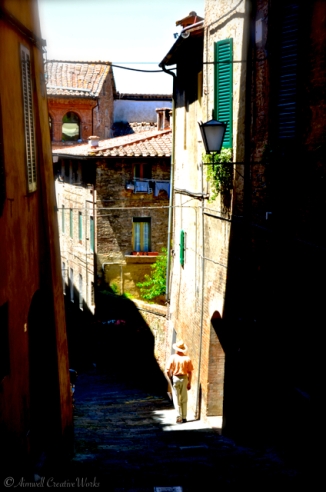 Deep in thought in Siena, Italy. 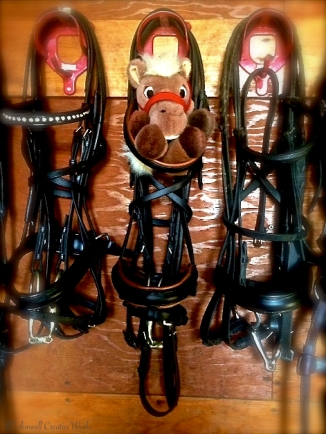 While my horse, Bear, is in rehab due to an injured lateral suspensory ligament, a lucky charm has taken up residence in his bridle.

An expression of my inner child, this little horse puppet’s name just happens to be Lucky.

On a serene hill near Iano in Tuscany sits a beautiful villa with views for miles around.

In the early morning gentle mists shroud the valleys as light bursts upon the hills.

And in the evening, the sun descends beyond a serene Tuscan silhouette bringing the day to rest.

It’s been six months since our stay at beautiful Colle Sereno.

I could use a little serenity … now. 😉

Yesterday afternoon, following a treatment of shockwave therapy to Bear’s recently injured right hind lateral suspensory ligament (in human terms a badly sprained ankle), I found him standing quietly facing the back of his stall. The light from the window reflected so perfectly on his noble face, and the shadowing was so beautifully dramatic, that I grabbed my Nikon D70, which I’ll be using a lot over the next four months while I document his recovery, and captured this moment of serenity. I did so carefully so as not to disturb his quiet reverie.

The vet diagnosed his injury by ultrasound earlier this week and, needless to say, it’s taken a few days for me to find my equilibrium after such terrible news. This is serious requiring 24/7 stall rest, twice-daily hand walking and daily bandaging. I want to give him every opportunity to fully recover so will do everything I can to help make him comfortable and keep him amused. Fortunately he is in the care of a knowledgeable and enlightened horse woman, so I know he will be getting the best of care. This makes all the difference to my peace of mind on the matter.

So, for the winter months Bear and I are truly dormant.

Still, this quietude gives us lots of time to contemplate the next leg of our journey, and as long as we keep looking toward the light this shadow we are living under cannot last forever.

This image of a sunset over the River Arno in Firenze, Italy, evokes warm memories of time spent in this beautiful city last June.

I look forward to returning one day.

The golden light of a winter sunset cascades into the riding arena. 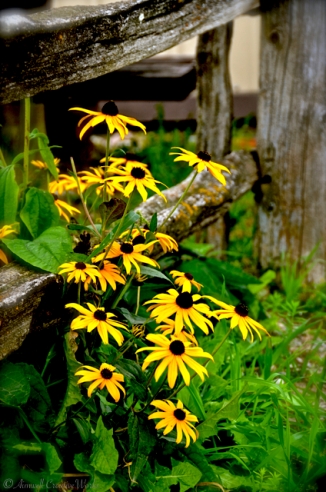 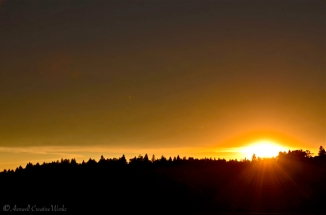 After the storm a sunset of promise.

Thank you for visiting …